GraalVM Tools for Micronaut provides support for developing applications based on the Micronaut framework in Visual Studio Code. The extension is Technology Preview.

In combination with the GraalVM Tools for Java extension, you can run Micronaut projects on GraalVM, and debug them directly from the VS Code development environment with different debugging protocols enabled with the extension. This extension for Micronaut was also developed to help developers build native images directly from VS Code.

Install the GraalVM Tools for Micronaut extension from the VS Code consolde by clicking on the Extensions icon in the Activity Bar (or invoke it with Ctrl+Shift+X). Search for “Micronaut” and install the package. Reload will be required.

Note: The Micronaut extension also requires the GraalVM Tools for Java extension, which provides support for editing and debugging polyglot programs running on GraalVM. Please install it the same way.

When installed, the extension might check whether there is a registered GraalVM instance, and eventually request to download it or point to a local installation (see GraalVM Installation and Setup in VS Code).

Upon installation, the Micronaut Tools Page window opens, which provides you with shortcuts to:

To begin, invoke the Micronaut commands from View > Command Palette (Command Palette can be also opened by pressing F1, or the Ctrl+Shift+P hot keys combination for Linux, and Command+Shift+P for macOS):

The following commands are available for Micronaut project development:

This extension contributes the following settings: 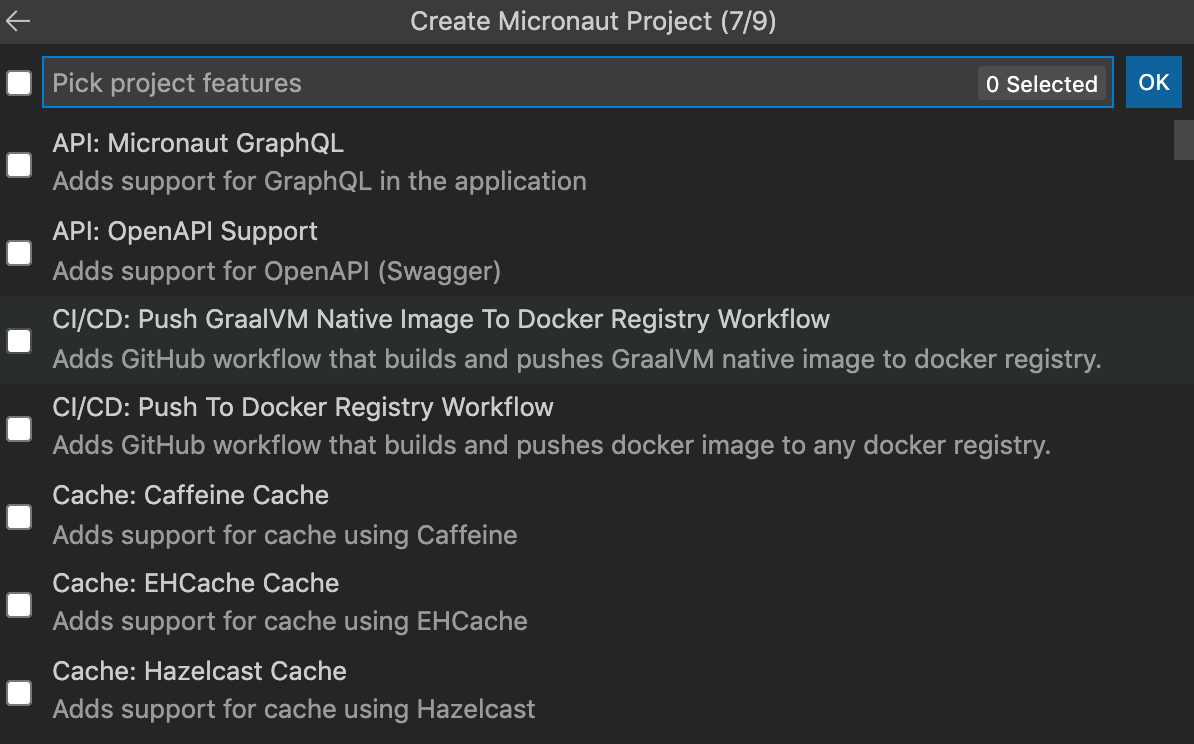 Finally, you are asked to select the destination folder on your local disk and whether to open the created project in a new editor or add it to the current workspace.

The GUI part of the Micronaut extension adds a new view to the Explorer activity, which shows Micronaut projects in the current workspace.

The Micronaut support for VS Code is integrated with GraalVM to get the most from the applications and provide you with rich Native Image capabilities.

Having set up GraalVM as the default runtime and debug environment in VS Code, invoke the “View > Command Palette > Micronaut: Build…” action, where you can select the build targets (e.g., clean, build, nativeImage, etc.) from a list of available ones. For example, if your project is built with Maven, and you would like to package the compiled code as a GraalVM native image, select nativeImage. That will run the mvnw package -Dpackaging=native-image job. 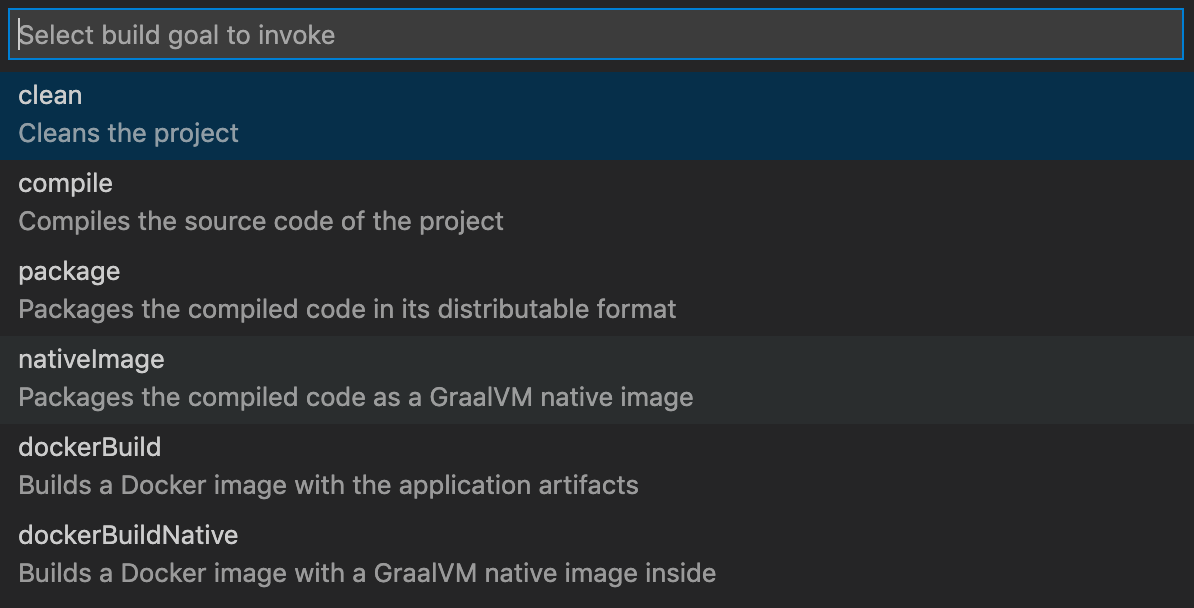 For more details, continue reading to the Micronaut documentation.

Besides that, you can also push a Micronaut application or a native executable to a Docker Registry from the VS Code terminal window. A particular Docker Registry can be configured in the build, see the Micronaut Deploying Application documentation.

The GraalVM Tools for Micronaut Extension extension 0.5.* is Technology Preview, meaning the functionality may not be complete.